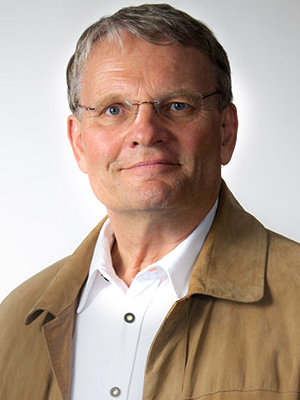 Since a long years term Dr. Becker is working as  an officially authorised and sworn expert  for  soil science and soil protection by the appointment of the  Chamber of Agriculture from the federal  state of North Rhine-Westphalia . He has an expert and engineers office for damage analysis and prevention thereof which  developed  from his former laboratory for soil analysis concerning agriculture, horticulture, gardening and landscaping  and related fields.
Today he is highly in demand as an expert counseling businesses and private persons in need of his expert opinions and advice.
As an officially authorised and sworn expert he gives reports in his field of soil science and soil protection to courts of law and civil institutions, too.

EQAsce: After the catastrophe of the floods caused by the rivers Ahr and Erft, why was it that the initiative “Pack an” (Lend a hand) – in which the Bonn media and EQAsce cooperate – called upon you as an expert?

Dr. Becker: The European cooperative EQA, which concerns itself with the qualification of new recruits as well as executives for agricultural and nutrition sciences, has known for quite some time of my work as a lecturer and interdisciplinary expert.
Some people form the region also asked me about my cooperation with my late colleague Dr. Hubert Schulte-Karring of the experimental laboratory of wine growing in Ahrweiler. He developed the AHRWEILER MELIORATIONSVERSFAHREN (Ahrweiler melioration process). In cooperation with the Odenwaldwerke in Moosbach this was developed by him and built as the Abbruchlockerer (digging machine) MM100. The two of us further developed cleaning-up processes for soils using this machine after modifying and upgrading it in cooperation with a Swiss firm for cleaning up soil, the NBC defence regiment of the German Bundeswehr, and manufacturers of microbiological and chemical additives for soil recreation.
During the last years, the procedure has successfully been used to decontaminate soil after floods and other damaging events.

EOAsce: When we visited the sites of the flood in the Ahr valley, you talked to several of the victims. What was your impression of the situation there?

Dr. Becker: You only get a proper impression of the extent of the damage in the Ahr valley if you really go there and see for yourself. From personally talking to the victims one thing quickly became clear: they are extremely grateful for the spontaneous help in the emergency, which they got from volunteers and other helpers having been the first on the scene.

Four weeks after the flood we saw that the sites had been cleared of a lot of rubble and debris – this would not have been possible without the selfless and for weeks tireless commitment of several contracting- and building firms, as the persons we talked to stated.

The wine growers and restaurant proprietors we talked to are well aware that conditions like before the flood will be impossible to reconstruct. Nevertheless, the determination prevails to jointly make the cultural landscape that is characterized by wine growing and tourism come back to life.
However, there is a general fear that in spite of a lot of donations and in spite of promises from state and country to grant funds to rebuild they will be passed by in the future concepts.

EQAsce: So, what would you suggest are the necessary short-term steps to be taken for a concerted concept of rebuilding?

Dr. Becker: Before you start rebuilding you always need to do an interdisciplinary and thorough stocktaking and evaluation of the damage.

The following categories of to which extent things have been affected need to be looked at simultaneously, to be physically presented and interpreted concerning the urgency of evaluation.

What exactly does this mean:

Stocktaking using photos of special topographic maps in comparison to the suburban vineyards.

What is needed for this is the concentration of the expertise of universities, of public survey offices, of offices responsible for land consolidation, of soil- and water associations, e.a.

A high competence in this field is what the geological information bureau of the German army (Bundeswehr)  is known for. Already they are able to contribute valuable data to verify the state of affairs, as they own the appropriate institutions and equipment like f.e. aerial reconnaissance. Members of the CIR (Cyber- and information field) are already at work today in flooded areas. The concentration of these data is essential to a target-oriented rebuilding, which the flood victims wish for. Only if people involved in planning and carrying out measures carefully coordinate their actions, errors in planning can be minimized. In my experience from other rebuilding projects, this can only be achieved if the forum of immediate help that has been established is backed up by experts from the specialist task force coordinated by the EQA. Those are people who acquired competence in supported joint ventures, from specialist authorities and specialist services, as well as people concerned with carrying out measures, such as construction firms, suppliers of building materials, architects, town- and landscape planners, and a number of other active helpers.