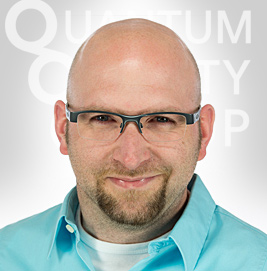 EQAsce has spoken to Dr. Thomas Lettman who coordinates the Quantum Quality Group and is one of our EQAsce members. He is also an interim manager for enterprises of the pharmaceutical industry for the time of preparing and executing QM audits and lab accreditations.

EQAsce: How has the corona crisis changed your working environment as a corporate consultant?

Dr. Lettmann: In a very fast way, the corona crisis has led to a chance in communication and the way of exchanging information. One of the consequences is already clear: The corona crisis has the biggest impact for a fast compulsory digitalization as far as I can see it at the enterprises that I have supervised and that have connections to authorities, contact enterprises and other service agencies. That’s why a functional digital infrastructure – which allows a functioning in times of pandemic without people getting into contact – is existential to all participants along the value-added chain. Most of the managers are aware of this aspect because culture and mindset must adapt to the speed of change in conditions. Additionally, fears and reservations concerning data security play a crucial role in this unplanned process of change.

EQAsce: In how far is there a chance in this crisis to create a stronger connection between digitalization and qualification?

Dr. Lettmann: Almost all freelancers, enterprises, authorities and organizations could not work at all without using the internet and all possibilities of digital communication. The economical damage deriving from the lock-down that is in force almost worldwide would have been more intense. And – without corona crisis, we would have backed off and the emergency situation would have become worse. Everything that is put up concerning additional digital infrastructure, decision making processes and action plans for the time of crises will last after this current lock down times. Even more important to me is the hope, that corona crisis has changed the view on digitalization and qualification in society forever.

EQAsce: How can the attractiveness of the EQAsce Digital Academic Career card be increased in the current time?

Dr. Lettmann: I am convinced that in all areas of our everyday life there is a growing awareness for digital technology in connection with qualification is a stabilizer in times of existence-threatening crises for everyone and no harassment.